It's Been a Big Week for Commercial Space

Just to recap the news from Commercial Space in the last week: 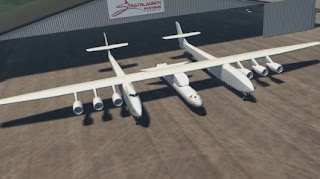 CCDev3: The Glass is Half Full

NASA has made lemonade out of the lemons Congress gave them (Commercial Crew gets only $406 million in the coming year).  Dropping the idea of Firm Fixed-Price contracts under the Federal Acquisition Regulations (FARs) and choosing instead to continue phase 3 of the CCDev using Space Act Agreements (SAAs) will allow NASA to remain engaged with multiple suppliers and keep costs down for those suppliers.

The largest concerns and complaints being aired by members of congress and the press generally involve how much control NASA will lose.  Many people are picking up on comments from NASA's Bill Gerstenmaier that while the SAA approach will provide more flexibility, it "doesn't insure that we're going to get exactly what we need coming out the other side".

How can anyone believe that the suppliers vying for the ultimate contracts to deliver NASA astronauts to LEO are not completely aware of what NASA needs?  After two rounds of CCDev work, they know precisely what is required.  And if for some reason one of these companies does not produce a solution that satisfies NASA in the end, NASA will not be contracting for their services.

Continuing CCDev under SAAs is the best news we've had in months, and it in no way threatens NASA getting their requirements met.
Posted by Paul Wren at 9:26 AM No comments: